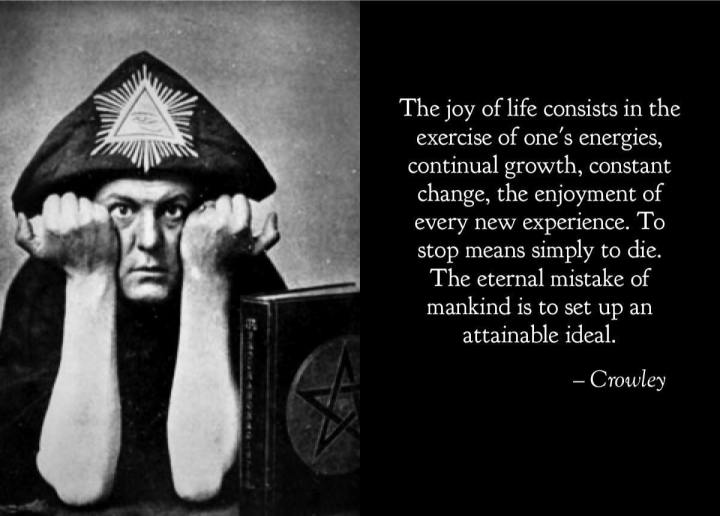 So just what is High Majick?

So today I’m at my computer writing to you about High Majick.  I myself do not practice this type of Magick, for I’m a solitary dark grey witch and do not belong to a coven, i know there are many of you that do. You can practice this type of magick also as a solitary and not with a coven. I just choose not to.  I have very different views on what Majick is and the role of the witch.  To me the Majick is inside of  YOU, and has always been, from the very beginning of time.   A witches power is what comes from their intent, their heart, their mind, and their spiritual self.  If you can tap in to that inner witch and use that power that is all you need..To be out in nature and to use the power of a storm, or to feel the love and cast energy  from your heart out to help a sad and lost soul.  To really feel the power of your own being,  and to know what you are doing on this beautiful earth to do..to have a calling, and to walk the path.  You are the power!  Witch power!

In my spell crafting I’m a very strong one on herbs, crystals, moon water, candles, Tarot, calling the fairies, and using my cats in cat magick, and the magick of the moon.  She has aways been a big pull for me..I have seen lots of spells work though the magick and power of the moon and my Goddess.. The moon and the ocean there is so much majick in them and when they come together look out there is nothing you can’t do.  So nature and her wonderful majickal beings the animals  and yourself is all you really need.. to me that is the true majick of the witch. But iam learning other ways..for this path of the witch is a on going learning progress..you will always be a witch in learning till the day you are called back to summer land, to wait for your next life. A witch a true witch needs to learn both the black and white..the dark and the light..the good and the bad.  You must have balance in both to be able to help yourself and others and to get close to your higher power.  But if you go to one side more that the other, that is when your have problems they both can make you unbalanced and poison your soul..Dark or white..so that is why I’m grey..i stay in the middle most of the time..and only go on either side when i need to..to me that lets me see very clear. When walking this path you will be pulled both ways and sometimes you will be more into the light or the dark. Just know that it is nothing to be afraid of for it is normal and human.  Well i kind of went of the subject here.. 🙂

Let get back on track on High Majick..

What is High Majick.. Well Wikipedia says:  High Majick or Ceremonial Majick, Ritual Majick as its named such because the works included are characterized by ceremony and the using of necessary  accessories, to aid in your workings.  It was first popularize by the Hermetic Order of the Golden Dawn.

The Hermetic Order of the Golden Dawn or Golden Dawn as they are called.  Was a order of Majick in the 19th and 20th centuries.  They practiced the form of Theurgy (Which is a majickal nature of invoking one or more Gods, to become one with the divine and to work on their spiritual self)  They were the single most influence in the 20th century of western occultism, that became the key core elements of traditions, like Wicca & Thelema..

The english author Aleister Crowley also introduced different terminology for magic calling it High Majick and Low Majick( which i practice) ..The word Majick which i always use was introduced by Crowly to show the difference between the “True science of the Magi from all the counterfeits”

So the practice of ceremonial Majick or High Majick needs tools that a blessed for a specific use of rituals like..

Altar, wand, cup, sword, and pentacle, These represent his will, understanding and reason.  Oil is used for his aspiration and for blessing items.  The spell caster is then surrounded by the scourge (wip) dagger and chain to keep his intent pure. A oil lamp, grimoire ( a book of majickal workings) and bell.  Then his robe,(for silence) crown,( for divinity)and lamen(pendant that is around his neck for his work)..

The High majick came from people who lived in the cities or castles on the hill, who had money and time on their hands.  Where low magick which i do came from the common folk..Folk majick the majick of “Common sense” they used herbs, aromas, stones, flowers, animal parts that they found and thanked the animal for, like feathers, fur, bones using anything found in nature..<3

High Majick uses all the five senses and many inner senses..

Vison: Symbols of your deity you will invoke, candles

Touch: Physical movements, and contact with others of the coven..

So i just touched up on some of the High Majick..the rituals and spells and how you do it would be a book in its self..If you would like to know more about it there is much on the internet..

So i hope you learned a little bit about the High Majick and Low Majick there is quite a deference ..one is of nature and the workings of nature(Low Majick) the other is of ritual and ceremony(High Majick)..

Don’t forget to follow me here to be the first to get my next article..